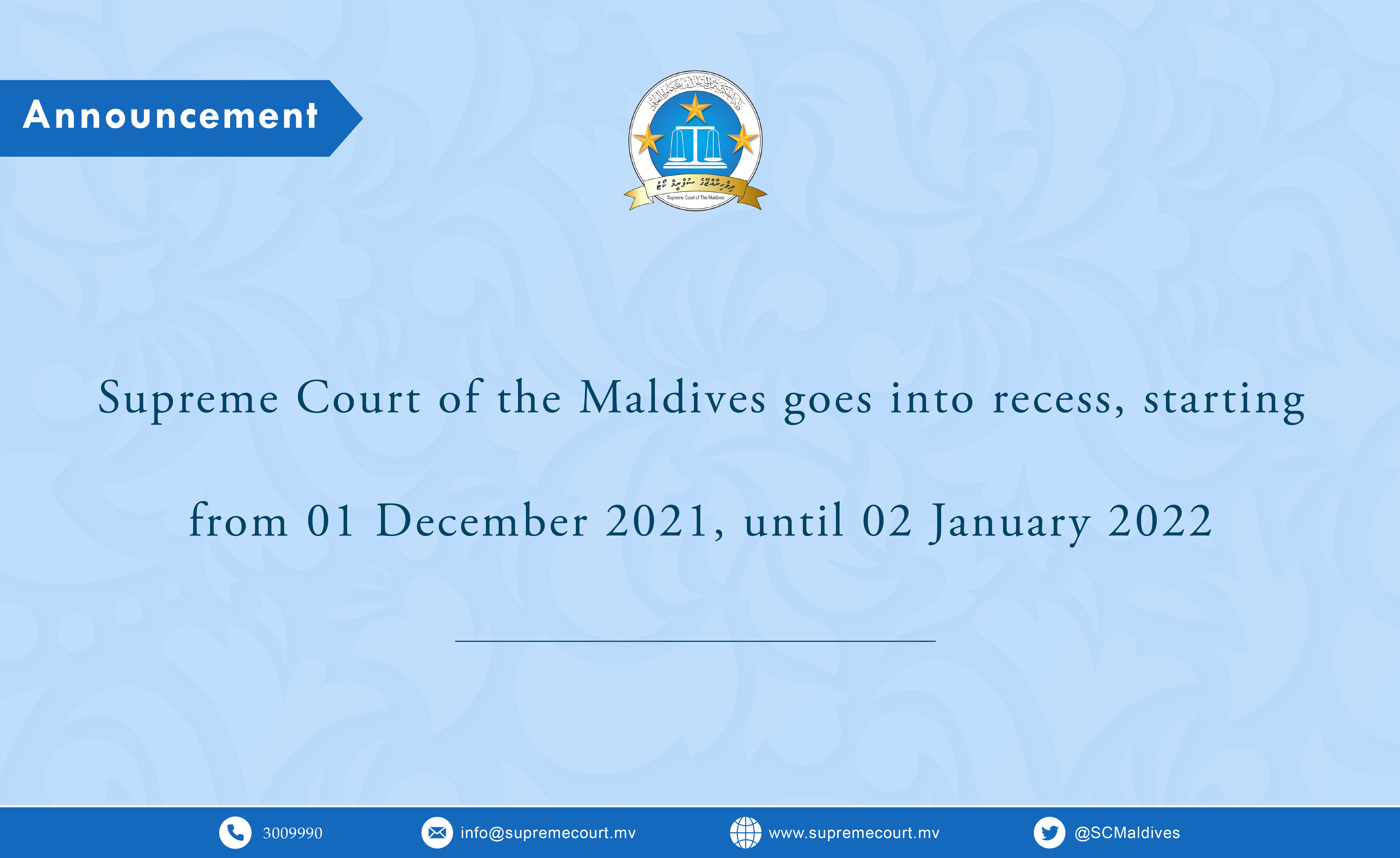 Therefore, no Court hearings will take place during the Recess period, unless decided otherwise by a Supreme Court Justices’ conference. The only exemptions to this being; an event of a State of Emergency being declared under Article 253 of the Constitution, or cases when the Constitution or any law at the time being in force requires a matter to be heard and disposed within a stipulated time frame.

However, during the course of the Recess, registration of new cases, and the general administration of the Court will continue without break, despite hearings and determination of suit being suspended.